Reprinted from the blog at www.PhyllisZimblerMiller.com: 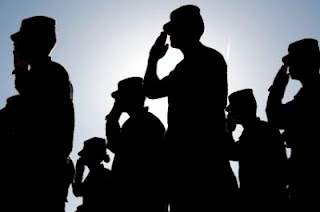 While for the last several years news of U.S. troops in Iran and Afghanistan may have taken the lion’s share of U.S. troop news, U.S. troops are stationed in many places throughout the world.

One such place that I am personally familiar with is Germany. Yes, the United States has been part of an occupying force in Germany since the end of World War II.

The Pentagon will pull some 10,000 troops out of Europe in a broad reorganization that will shrink the number of Army and Air Force personnel stationed in Germany and close a number of bases.

Why is this news of troop reduction in Germany of such interest to me?

Here is the end of a blog post about how Facebook unexpectedly provided historical information for my work-in-progress novel CIA FALL GUY:

I originally thought that I would write a sequel to my novel MRS. LIEUTENANT, which is partly based on my experiences as a new Mrs. Lieutenant in the spring of 1970 right after the Kent State shootings. I wanted to write about being part of the occupying force in Germany only 25 years after the end of World War II.

Recently, though, my younger daughter has recommended that I write a memoir instead of fiction. I have all the official documents from that time and many other documents, including a copy of the letter I wrote to the Anne Frank House donating money from the very small Jewish military community in Munich when the memorial was in danger of closing from lack of funds.

I agree with my younger daughter, who has suggested the memoir’s title as IF IT IS SEPTEMBER, IT MUST BE OKTOBERFEST. (My husband and I arrived at the train station in Munich on a Sunday in September in the midst of Oktoberfest and did not even know where we were supposed to go.)

Pentagon officials took pains to emphasize that despite the cuts, the U.S. will have approximately 70,000 troops stationed in Europe, including those in Germany.

Phyllis Zimbler Miller is the author of the novel MRS. LIEUTENANT and the co-author of the eBook technothriller LT. COMMANDER MOLLIE SANDERS. Phyllis is the co-founder of the marketing consulting company Miller Mosaic LLC, which works with clients to attract more business. Read her posts at the company's social media marketing blog.
Posted by Unknown at 9:37 AM No comments: