CAUTION: There are very graphic scenes in this compelling HBO documentary.  These scenes may be too strong for people suffering from PTSD.

Although the HBO documentary "Wartorn 1861-2010" was first aired on HBO in November of 2010, I screened it now in connection with my proposed SOLOMON'S JUSTICE TV drama project.

The documentary traces PTSD back to the Civil War with compelling testimony in the letters home from a soldier. There is also footage from World War I and World II as well as Vietnam.

Perhaps the most graphic parts of the documentary are footage from Iraq and the stories of the veterans and families today living with the legacy of PTSD.

Actor and documentary exec producer James Gandolfini visited Walter Reed Hospital in Washington D.C. as well as army headquarters in Iraq to question what the military is doing to help military personnel dealing with PTSD.

While there are not a lot of answers in this documentary, for people who question that PTSD wounds are real, after watching this documentary there should be no uncertainty.

And for me, having just written a blog post about my visit to the Los Angeles County Veterans Court, it was particularly upsetting to see a young veteran sentenced to six years in prison for a felony committed under the influence of PTSD symptoms.

I believe that, if the young man had been sentenced by a veterans courts, he would not have received a six-year prison term.  Instead it would be hoped that he might have been sent to a residential treatment center for his PTSD-induced violence.

Hats off to James Gandolfini and HBO for tackling this very important subject.
____

Phyllis Zimbler Miller is the author of the novel MRS. LIEUTENANT and the co-author of the ebook technothriller LT. COMMANDER MOLLIE SANDERS. Phyllis is also the co-founder of the marketing consulting company Miller Mosaic LLC 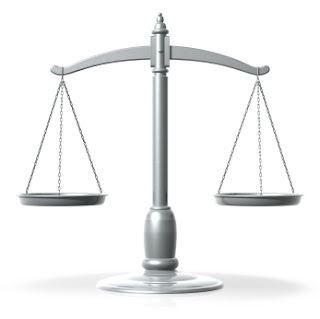 I had been reading about experimental veterans courts throughout the United States – courts set up to deal with crimes committed by veterans suffering from service-related mental health problems.

After four years of writing online about PTSD, I was particularly interested in this recognition that untreated PTSD can lead to all kinds of anti-society behavior.

I did some research, and discovered that for 20 months Los Angeles County has had a veterans court modeled after other veterans courts.

Checking with the court clerk, I learned sessions were held Monday and Tuesday mornings in Department (courtroom) 42 of the Clara Shortridge Foltz Criminal Justice Center.

I found the session I attended somewhat disorienting.  Although the courtroom opened at 8:30, the actual session did not begin until a few minutes after 10.

And what I did not know until afterwards, when I did more research, was that Superior Court Judge Michael Tynan was handling cases from two different special courts simultaneously – the veterans court as well as another mental health-related court.

And what I suspected, but did not know until later, is that Judge Tynan had himself been in the military.  A Superior Court public affairs representative told me that Judge Tynan served as a Private First Class in the U.S. Army from 1958-1960.

One exchange between the judge and a handcuffed defendant new to Judge Tynan’s court went something like this:

Judge: What branch of the military?

Judge: How many years did you serve?

Defendant: No land combatant as this was the Navy ... I received hazardous duty pay for being in a hazardous zone.

The judge later told the defendant that they were trying to get him into the Orange County VA program although they did not yet know if he were eligible.

After my visit, I spoke to the public defender assigned to the veterans court, who had been accompanied during the session by a social worker with the U.S. Veterans Affairs Department.

She explained to me that defendants must be referred from another court, and that the Los Angeles County Veterans Court is a collaborative court.  The DA participates in the decisions for defendants to be sent to the veterans court.

One thing I could tell during the session even without knowing this additional information is that Judge Tynan truly cared about the defendants appearing in front of him.

This particularly impressed me because I had just read David Feige’s book INDEFENSIBLE: ONE MAN’S JOURNEY INTO THE INFERNO OF AMERICAN JUSTICE in which Feige describes how few of the judges in front of whom Feige represented clients seemed to care about the defendants.

I can only hope that these special veterans courts will be set up throughout all court systems in the U.S.  With more and more veterans of multiple deployments in Iraq and Afghanistan likely to exhibit symptoms of PTSD in the coming years, these courts will be particularly important for “paying back” our veterans for their service.

My experience visiting a session of the Los Angeles County Veterans Court will be used to inform my proposed project “Solmon’s Justice.”  See www.SolomonsJustice.com if you want to know about this project.
Posted by Unknown at 11:13 AM No comments:

An ad in the April 7-8 Wall Street Journal caught my eye with the headline:

"In Baghdad He's a Hero; In Brooklyn He's Homeless."

Then underneath the headline:

"Help Services for the UnderServed Help a Returning Veteran."

And the link aftertheparade.com goes to a Facebook Page where for every "like" corporate sponsors make a donation.

Go here now to "like" the Page and learn more about these services.
___

Phyllis Zimbler Miller is the author of the novel MRS. LIEUTENANT and the co-author of the eBook technothriller LT. COMMANDER MOLLIE SANDERS. Phyllis is the co-founder of the marketing consulting company Miller Mosaic LLC, which works with clients to attract more business. Learn more at www.PhyllisZimblerMiller.com
Posted by Unknown at 11:43 AM No comments: