My name is Theodore Knell. I am an ex-British Special Forces soldier who saw combat all over the world during my 22 years service in the military.

During my time I have served with, and met people from, all walks of life, from world leaders to subsistence farmers, some you wouldn’t follow in a bus queue or leave in charge of an empty pram. But there were others I would have willingly died for, and nearly did on more than one occasion.

It was suggested by my wife that I might benefit from writing about my experiences and feelings as a way of clearing my head, a sort of banishing my demons thing.

If only it were that easy.

The end result was a book entitled “From the Corners of a Wounded Mind” in which I have tried to honestly share my experiences. As such, all of the incidents portrayed within the book are true.

Some are so dark and painful that I often questioned whether I wanted to remain part of this thing they call the human race. Yes, in the really dark times I even considered that.

I have lost six of my closest friends to suicide (after they had left the service) to what can only be the prolonged exposure to combat and the resulting PTSD, and as such this is a subject I am very passionate about.

I also know how hard it can be for our wives and families. These enormously resilient individuals truly are the unsung heroes of the military world.

My wife and small son had to deal with me disappearing at the drop of a hat, sometimes for months on end, not knowing where I was or what I was doing, or even if I was coming back, never complaining and always supportive.

I remember going to work one morning, telling her I would see her at lunch time -- I returned six months later in a wheel chair. Her only comment was: "Your lunch is ruined."

I honestly believe that, if it weren't for her unflinching love and support, I would not be here today.

Along with helping me to address my own problems, the primary purpose of the book was to try to find a way to explain the reasons for my flashbacks, long silences, mood swings and nightmares to my wife without having to relive the pain and trauma of the events all over again.

Below are two excerpts taken from my book:

The first, “The Aftermath,” provides a short background to problems we soldiers face after the physical battles are over and the mental battles begin.

The second, the poem “Reflections,” illustrates how these problems can manifest themselves in everyday life once we have left the service.

As soldiers we all carry scars; it’s an occupational hazard. Some of these scars will bring a smile to our face as we remember that night, the one where we were too drunk to stand, but still thought it would be a good idea to try and break the regimental assault course record while pissed and in the dark.

Then there are the other scars, those that will fill us with a strange sort of pride. The scars that will mark our right of passage, the ones earned on some distant battlefield. The same scars that over time will become so hard for us to look at or talk about, even to our loved ones, without having to remember the trauma and pain.

But the most damaging scars will be the scars that can’t be seen. The ones that become visible only to us when we are alone, in a troubled sleep, or in the darkness of night.

Such scars can have a devastating effect on both us and our families. It’s why we suffer the mood swings, the flash backs, the recurring nightmares and the enormous anger felt by so many of us even years after the event.

The feelings that, as soldiers, we learned to hide so well before the battle and then refuse to discuss with anybody, including our loved ones, in order to avoid having to relive the horror all over again.

I’ve heard people say: “Pull yourself together; it’s over now; you have to move on.”

These people have no idea what it’s like to be imprisoned in a deep sleep, a sleep you can’t wake up from no matter how hard you try, reliving every sound, smell and taste as you walk through a nightmare which you know will only ever end one way.

Finally waking, moody, angry and totally drained, or even worse, not wanting to go to bed and sleep, because you know what will come if you do.

As Special Forces soldiers we were actively discouraged from talking about our feelings and the personal effects of combat on our mental health. At the time even talking to a doctor could be perceived as some sort of personal weakness, a flaw in our makeup, one which may even result in being RTU’d (Returned To Unit) -- so you learned to keep quiet, bottle it up and crack on.

It’s just before the dawn;
they say it’s the darkest hour
and as I wander down these lonely streets
past houses with their curtains drawn,
I envy those warm and content inside
with their trimmed hedges and manicured lawns

The town center,
once a dark and empty place
slowly struggles back to life.
It’s where insomniacs and the tormented mingle unnoticed
amongst those just finishing
or starting their day

At the end of the precinct stands a Starbucks
its yellow lights flickering
like a welcoming beacon amongst the dark and empty stores.
Once inside I grab at my coffee
like a junkie with a long needed fix I’ll head for a corner,
any corner,
as long as I can get my back to the wall
and still see the door

Across the aisle sits a stranger
hunched over a large black coffee,
elbows on table
head bowed
pulling quietly at his unkempt hair,
he has those same smoky eyes
and that thousand meter stare.

There’s nothing on earth that can open up old wounds

Learn more about Theodore Knell and get his paperback book on Amazon or the Kindle version.

And for information on PTSD and its symptoms, see www.insupportofourtroops.com/ptsd-info/

March 22nd tweet from @VeteranJournal: Suicide hotline available for deployed soldiers: http://ht.ly/4jJve
Posted by Unknown at 11:31 AM No comments:

Email ThisBlogThis!Share to TwitterShare to FacebookShare to Pinterest
Labels: From the Corners of a Wounded Mind, PTSD, Theodore Knell

Afghani Interpreter Thanks Army Personnel for Fighting for His Country 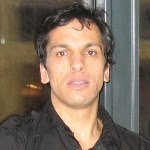 Here is a guest post that I am very pleased to have on my blog:

Hi, my name is Shah Wali Fazli. I have written a book called "The Interpreter" which will be published in June/July this year. (See his website www.shahsight.com and his blog http://shahsight.blogspot.com/)

It is a fiction based on my experiences as an interpreter working in the U.K. and Germany to help NATO forces in Helmand, Afghanistan.

We tend to know soldiers if we are a member of their family or a friend or a soldier ourselves or we work with them.

I know soldiers from working with them.

Now I know why their families are proud of them because I am proud of myself for working with them.

I joined them to help free my country. I didn't particularly feel anything for them at that time. They were doing what I needed them to do.

Then, as I saw the hell they chose to go through to help my people, I grew to understand them and to care for them. Now I consider them as being part of my own family.

I was sure they would be careful not to harm us in Afghanistan if they could possibly avoid it. I had their full attention when I advised them on how they should behave in my country.

At that moment I realized that there is no job more fulfilling and more prestigious than being a soldier or than being among these soldiers.

I have seen it with my naked eyes.

I know why they should be looked at as the saviors of humanity in my country. They are fighting one of the worst people on earth in the most difficult terrain -- in the mountains of Afghanistan.

From the bottom of my heart I am grateful to these soldiers, to your spouses, to your relations, to your friends who are fighting for us.

And I am grateful to you for your own courage and untiring support in allowing them to free my country.
Posted by Unknown at 1:19 PM 1 comment:

I'm very excited that my Vietnam-era novel "Mrs. Lieutenant," which was a 2008 Amazon Breakthrough Novel Award semi-finalist, is the first featured month in the newly launched BestArmyWives.com book club

I received the nicest email from author George Polley (www.geogepolleyauthor.com), who said:

"Mrs. Lieutenant" is the kind of novel that invites you in, engages you and keeps you until you've read the last word.

An absolutely wonderful read that brought back so many memories of the Vietnam War, student unrest, ugly prejudices, the Civil Rights movement and the draft counseling I did when teaching and counseling at one of Minnesota's state universities.

Compassionate and powerful, "Mrs. Lieutenant" is a book that will linger in your memory and keep you thinking and talking about it for a long time.

But what is slightly unnerving to me is that, at the same time I received this email, part of my personal Mrs. Lieutenant history was brought back into sharp focus.

This week's shooting and killing of two U.S. military personnel in Frankfurt, Germany, reminded me that on May 11, 1972, the day that my husband and I took a 1400 military charter flight from Frankfurt back to the U.S., the Frankfurt Officers' Club was bombed by the Baader-Meinhof gang -- one officer was killed and several others wounded.

The next day back in the U.S. I read about the bombing in The Wall Street Journal -- and I remember how shaken I was at the time. Now U.S. military personnel have again been killed in Frankfurt.

Thanks today to the Internet, I found a 33-minute video of an interview of a man who was a 15-year-old student at the U.S. military's high school in Frankfurt at the time of the 1972 bombing. You can listen to the interview to learn more about this period of the U.S. military in Germany.

As some of you know, I have written a partial draft of a sequel to "Mrs. Lieutenant." This sequel focuses on being part of a military occupation in Germany only 25 years after the end of World War II.

My husband and I ended up leaving Germany that May, although we had tickets for the September 1972 Munich Summer Olympic Games. I have just read that Munich is now bidding for the 2018 Winter Olympics. I wonder how many people think that perhaps this is not a chapter of Germany history that should be lived again.

P.S. If you are interested in military stories, do join the BestArmyWives.com/book-club -- and I look forward to speaking with you during the four webinars we've having this month for "Mrs. Lieutenant."
___