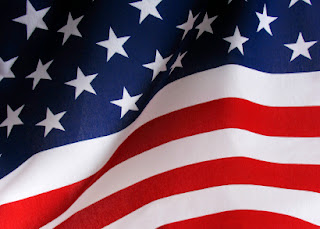 Only three young men and women in 10 in the targeted age group of 17- to 24-year-olds currently meet the eligibility requirements (morally, cognitively, physically). Soon, due to issues such as obesity, only two in 10 will be eligible.

In addition, U.S. Army recruitment is hampered by unfamiliarity with the career opportunities in military service or a military career. Serving in the U.S. military is becoming somewhat of only a family tradition.

Currently 79% of recruits have family members who served in the military. General Batschelet explained that this could be troubling as it is not as representative of the U.S. as it should be. This is especially true if the Army is to remain a volunteer institution rather than one with a draft.

The general also explained that an adult influencer is the key. Currently 80% of a recruit’s decision to enter the military is influenced by a trusted adult person.

When it was my turn to ask a question of the general, I brought up what I consider a key issue in overall U.S. military recruitment for an all-volunteer Army:

There is a huge American population that has never had any connection to the U.S. military. Most of these Americans do not have the required knowledge to advise potential recruits.

Yes, it was different during World War II when most able-bodied men served and the population was daily aware of what the U.S. military was undertaking.

Today U.S. military humanitarian and peacekeeping efforts worldwide are not top-of-the news. Because of this lack of awareness, many Americans no longer understand the need for a capable all-volunteer Army.

The military, including the Army, has a tremendous advertising budget to encourage recruitment. I believe that a small part of that budget needs to be invested in innovative projects that can expose the general population in a variety of positive ways to the U.S. military.

I have sent a proposal to General Batschelet for a project based on this urgent need to spread military awareness throughout the general U.S. population. I do believe that, especially thanks to the Internet, there are many innovative options available for a forward-thinking military recruitment effort based on educating the entire American population.

I look forward to hearing back from the general.

Phyllis Zimbler Miller (@ZimblerMiller) is the author of fiction and nonfiction books/ebooks and her author site is at www.PhyllisZimblerMiller.com She may be reached at pzmiller@gmail.com
Posted by Unknown at 2:57 PM No comments: